Vegan raspberry chocolate mousse is easily made egg-free with the magic of aquafaba. Whip up aquafaba, raspberries, and chocolate and just like that you have a fancy vegan dessert that tastes like spring. 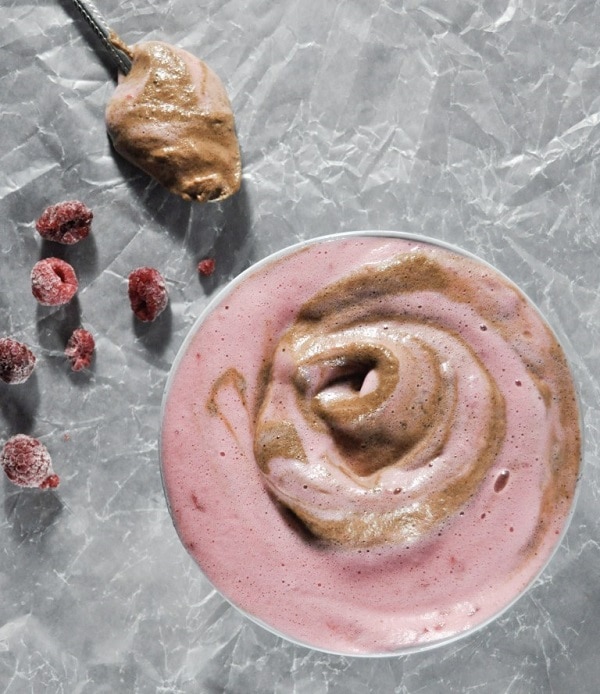 You know thick liquid you pour off of canned chickpeas before you rinse them? That’s aquafaba, a strange and wonderful thing integral to any dessert lover’s kitchen.  Aquafaba can be used as an easy egg white substitute in many vegan desserts, like meringues or even buttercream.

Mousse is traditionally made with egg whites. Mousse is one of the first “fancy” desserts I ever made (back in high school, for a Valentine’s dinner – let’s not talk about that).

There’s something fascinating about watching the egg whites form into stiff peaks. And somehow (science?) chickpea water does the exact same thing. Except, unlike egg whites, you can’t overwhip the aquafaba. Which is awesome, because it means that making this recipe just got that much easier.

Interested in learning more about aquafaba? America’s Test Kitchen has an interesting article on acid stabilization and chickpea liquid and The Vegan Society shares some neat things to do with this “bean juice”.

Pour the now fluffy vegan raspberry chocolate mousse into serving dishes and set in the fridge for at least three hours. This allows the mixture to cool and fully solidify. Mix chocolate and raspberry mousse together before or after refrigeration. 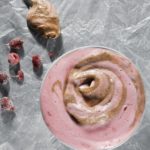 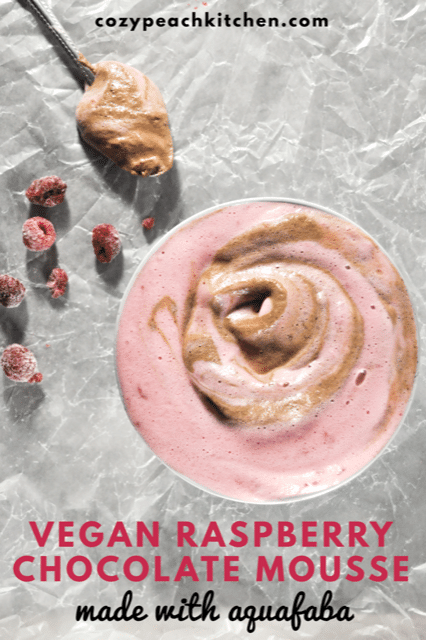