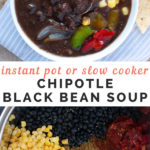 This chipotle vegan black bean soup can be made in an Instant Pot or slow cooker. It’s a great make ahead meal that’s loaded with nutrients and bursting with flavor!

I know, I know, it’s still August. But I promise that I felt a chill in the air the other night. The humidity is slowly but surely decreasing, and I can pretty much smell the crisp fall air.

Isn’t that an automatic excuse to transition my diet to chili, soup, and casseroles? Maybe not. But that hasn’t stopped me from having this soup on rotation all week long.

This recipe was originally posted as a slow cooker (Crock Pot) recipe. I recently tried out this soup in my new Instant Pot, and I can’t believe how easy it was to make! There’s always a case to make for slow cooking, but pressure cooking currently has my heart.

Recipes for slow cooker and Instant Pot black bean soup are included here, because this soup tastes amazing both ways.

Chipotle chili peppers and smoked paprika pack a punch in this chipotle vegan black bean soup. You can freeze leftover chipotle peppers or use them in this instant pot chipotle corn chowder or in bean burritos with chipotle aioli.

A diet high in fiber has also been shown to reduce the risk of heart disease by reducing inflammation. Black beans are also a good vegan iron source.

In your slow cooker (this is the brand that I use):

In your pressure cooker:

How do you like to top your black bean soup? I’m a sucker for anything crunchy, so I usually add crunched up tortilla chips like in this vegetarian tortilla soup.

This soup is so flavorful on it’s own, but no good soup is complete without toppings. 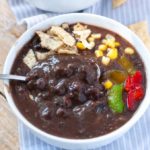 This meal can be portioned into large or individual containers and frozen for up to 3 months. These are the containers I use. It will need to thaw in the fridge for up to 24 hours before enjoying. 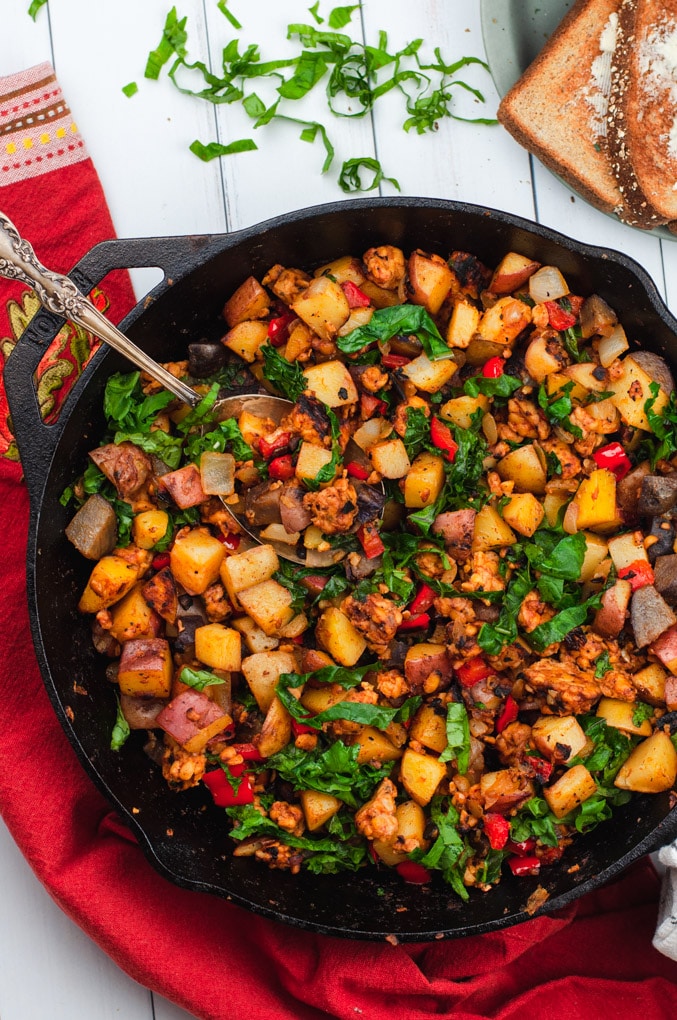 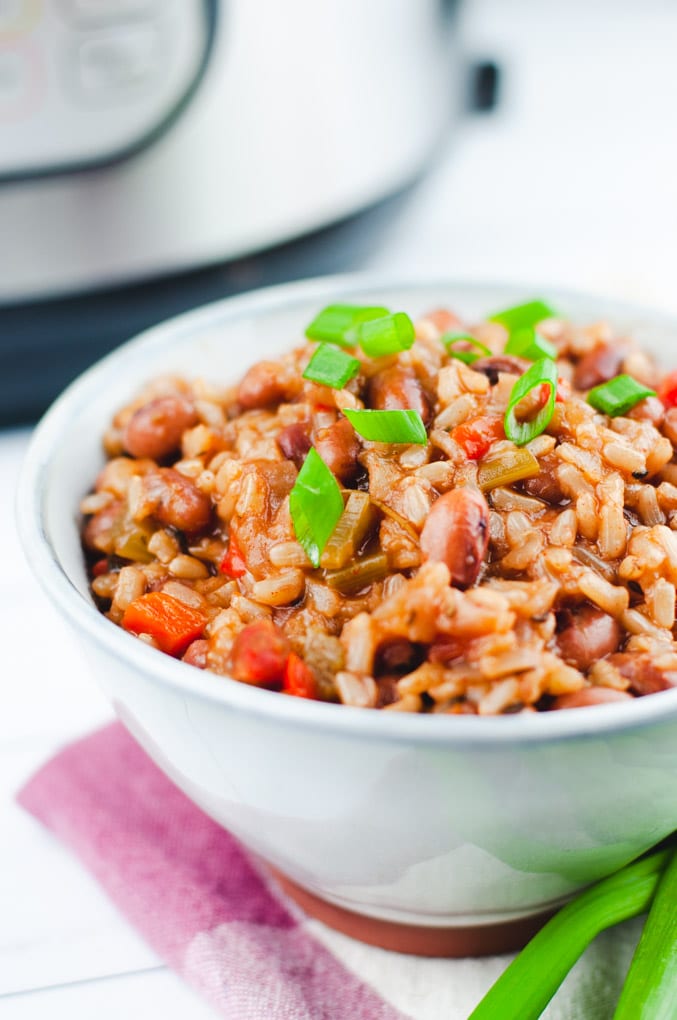 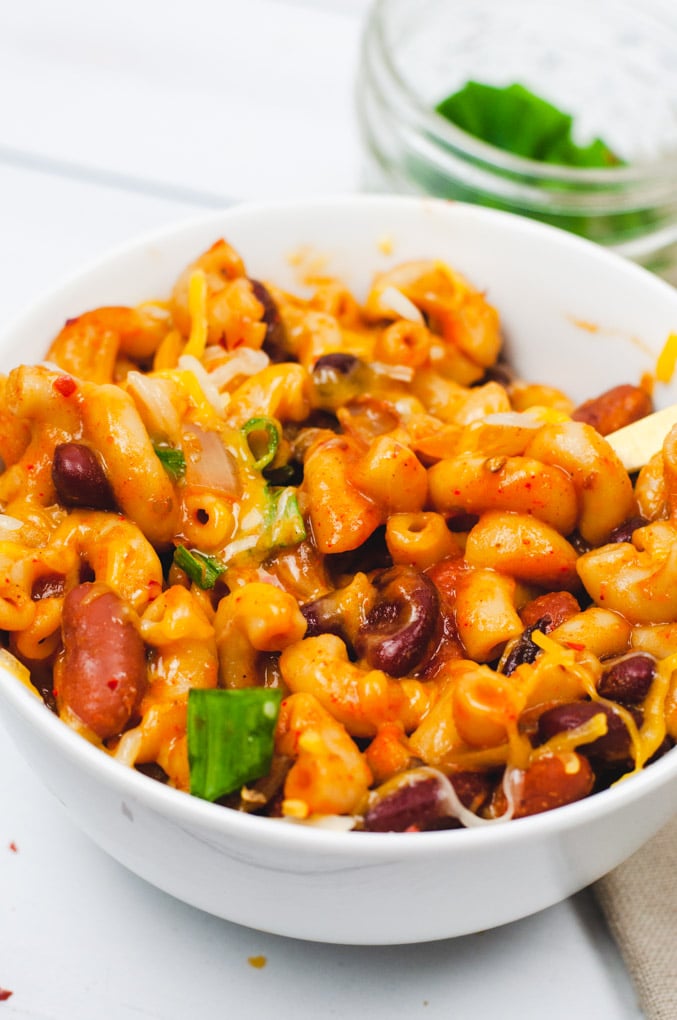 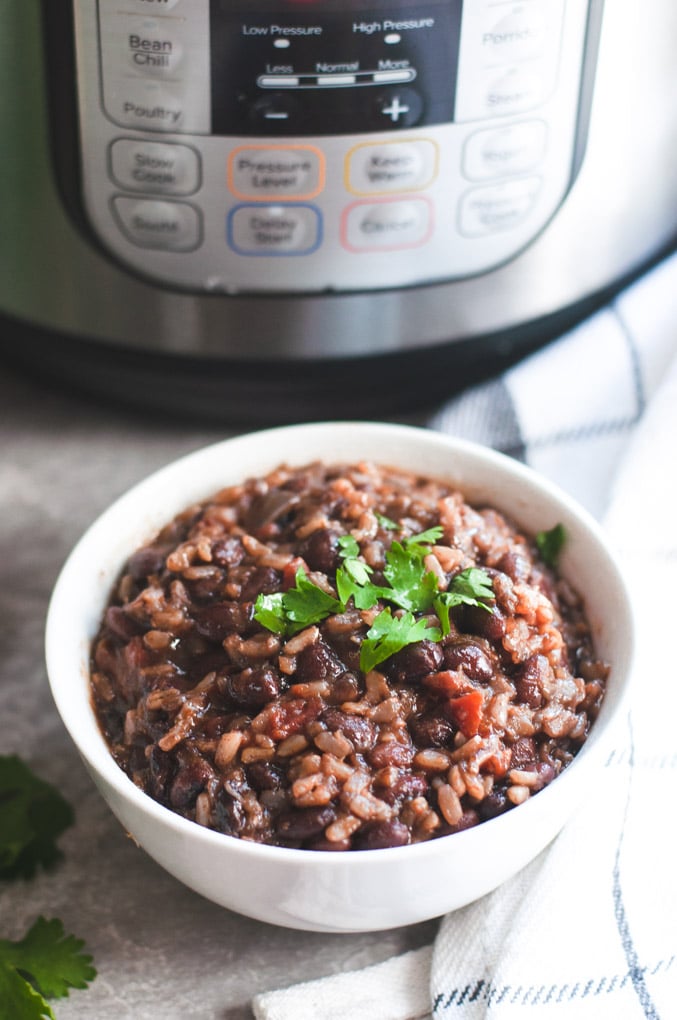